Farmer Unions Vostizza is the main processing and export company of Corinthian Raisins, exporting about 60% of its total annual production. Also, it collects, standardizes and exports about 90% of the superior quality raisins “VOSTIZZA P.D.O.”, as well as other significant quantities of the varieties “Gulf” and “Provincial”.

The Corinthian Raisin exports of the cooperative union take place in almost all countries of the world. The main markets remain the other member states of the European Union, mainly England and the Netherlands, but also third countries such as Australia and the USA. And it’s available in the following packages: Bulk in cartons of 10, 12.5 and 14 kg net weight and in individual packages from 35 grams up to 3 kg net weight.

In addition, thanks to its exceptional natural properties, Corinthian Raisin has been included in the daily diet since antiquity. Today, it is consumed directly as a snack or used as an ingredient in cooking, bakery, confectionery, etc. Corinthian Raisin is distinguished, depending on its quality, in order of priority, in the following categories: VOSTIZZA P.D.O., Gulf and Provincial. The world-famous Corinthian Raisin with the name “VOSTIZZA” (“VOSTIZZA”) is considered the highest quality Corinthian Raisin and stands out for its wonderful aroma and unique taste. “VOSTITSA” is cultivated exclusively in the semi-mountainous and mountainous area of Egialia. Recent studies by Farmer Unions Vostizza in collaboration with Universities in Greece and abroad demonstrated the high nutritional value of Corinthian raisins. It is an excellent source of antioxidants / polyphenolic ingredients (flavonoids, anthocyanins, proanthocyanidins, procyanidins, resveratrol) and has a very high antioxidant content. It is rich in trace elements such as zinc, magnesium, iron and especially potassium. Its skin has a very high percentage of dietary fiber that acts as a substrate for beneficial bacteria in the large intestine – and thus give raisins probiotic properties, helping the proper functioning of the intestine and at the same time inhibiting the biosynthesis of cholesterol. 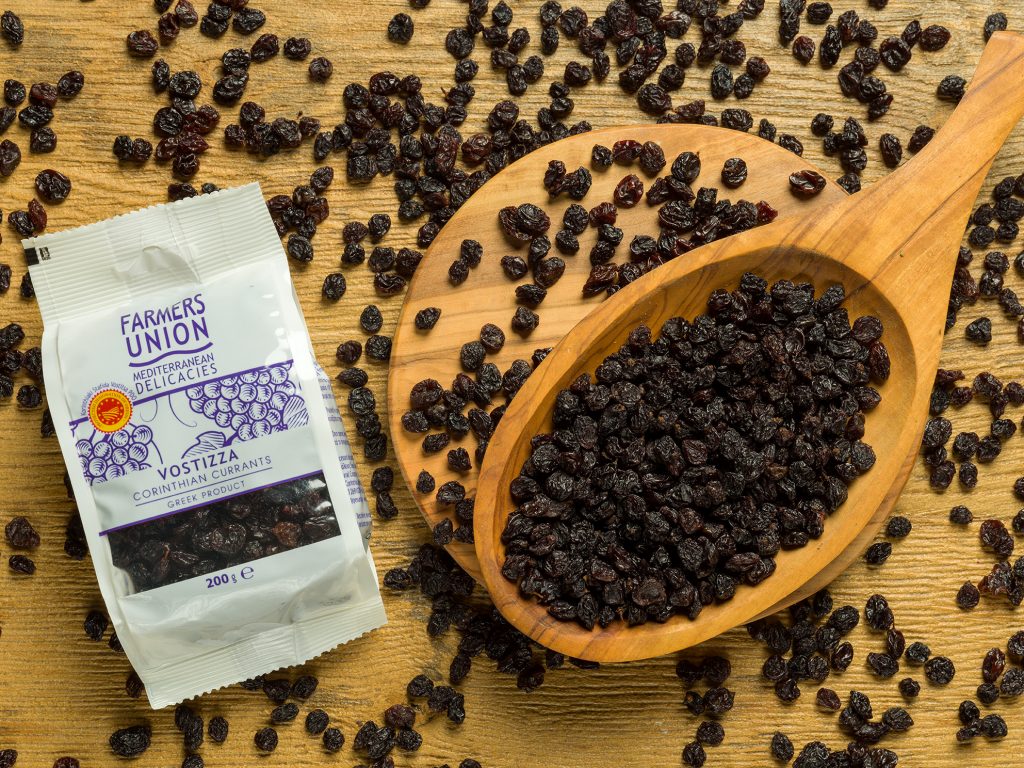 Clinical studies conducted under the supervision of the Department of Nutrition-Dietetics of Harokopio University showed that there is bioavailability of the micronutrients of raisins in the blood and high antioxidant capacity. Raisin’s glycemic index is moderate in diabetics and the effect is also moderate, and better than many other fruits, which makes it suitable even for special categories of patients. The sweetness of raisins is due to its high content of fructose (35% by weight). So, it is a very sweet fruit without causing an increase in blood sugar, when consumed in normal quantities. 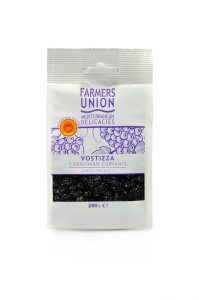 Raisin
Raisin
With the support