Amfilochias Gi, formerly Amfigal, was founded in 2008 on the initiative of the Agricultural Cooperative “Union of Agrinio”, which has been operating since 1930 by the cooperatives of tobacco growers and olive growers in the provinces of Trichonis, Xiromeros and Valtos in the prefecture of Etoloakarnania.  Today, with a presence of almost a century in its wider area of ​​operation, the Union has become the most important pillar of the local agricultural economy. It is on an ongoing basis, the really important ally of the farmers, a quality that the farmers themselves recognize, since for their every need they turn to the Union.   With the factories that are active in the processing of the agricultural products produced in the area and branches distributed to serve the needs of its members, the cooperative has the ability to intervene in the shaping of market prices.  And this results in both healthy competition and higher financial returns for producers. 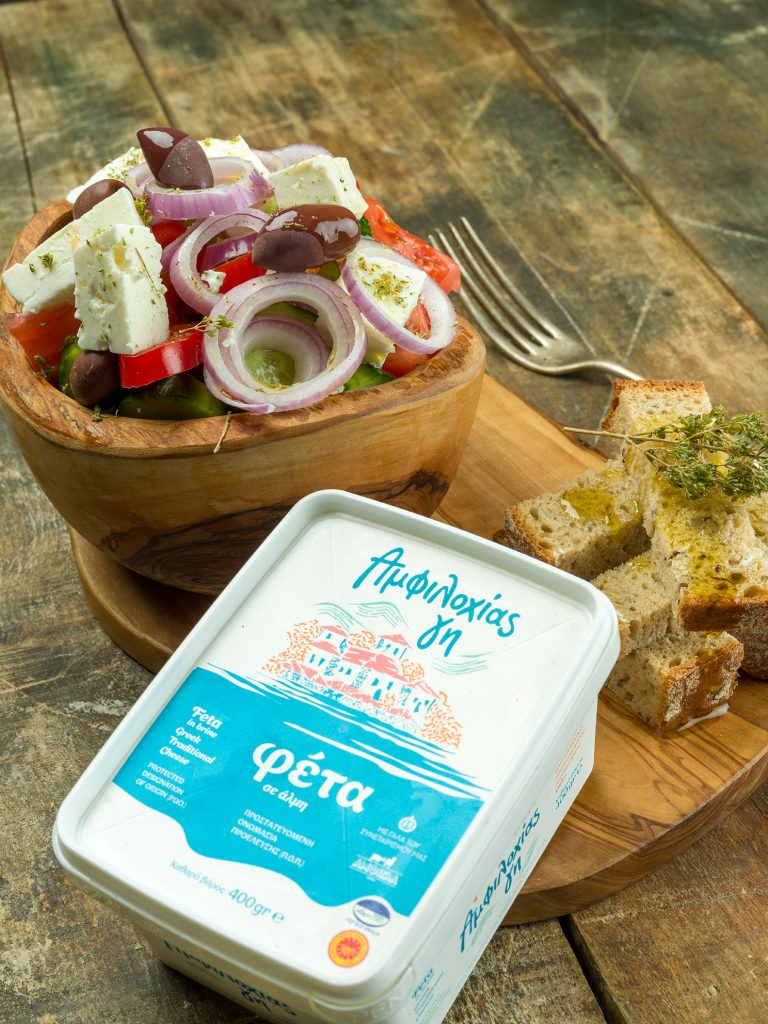 Amfilochias Gi has been producing products since 2017, in a modern milk processing factory and aims to offer high quality cheese products, with respect for the environment and the society. Its portfolio consists of five cheese product labels, that, in addition to feta (which is produced from goat’s and sheep’s goat milk up to 30%,), also includes graviera, kefalograviera, pecorino and tsalafouti. Each cheese has its own, unique characteristics, with the feta being a soft brine cheese, white with a very soft aftertaste.

Cheese
Cheese
With the support