Agricultural Dairy Cooperative of Kalavrita. The evolution – based on Law 4015/2011- of the Union of Agricultural Cooperatives of Kalavrita. The Union was founded in December 1963 by the cattle breeders of the area of the Province of Kalavrita. In 1972 it was decided to establish a milk processing plant for the production of cheese products through the collection and utilization of local milk on a cooperative basis, located close to the city. The factory started its operation in 1974 with the production of mainly traditional barrel feta, known as “FETA of Kalavrita” or “FETA of the Union or Cooperative of Kalavrita”. Its operation played a very important role in the region and contributed substantially to the support of the income of the cattle breeders of the wider area of Kalavrita. 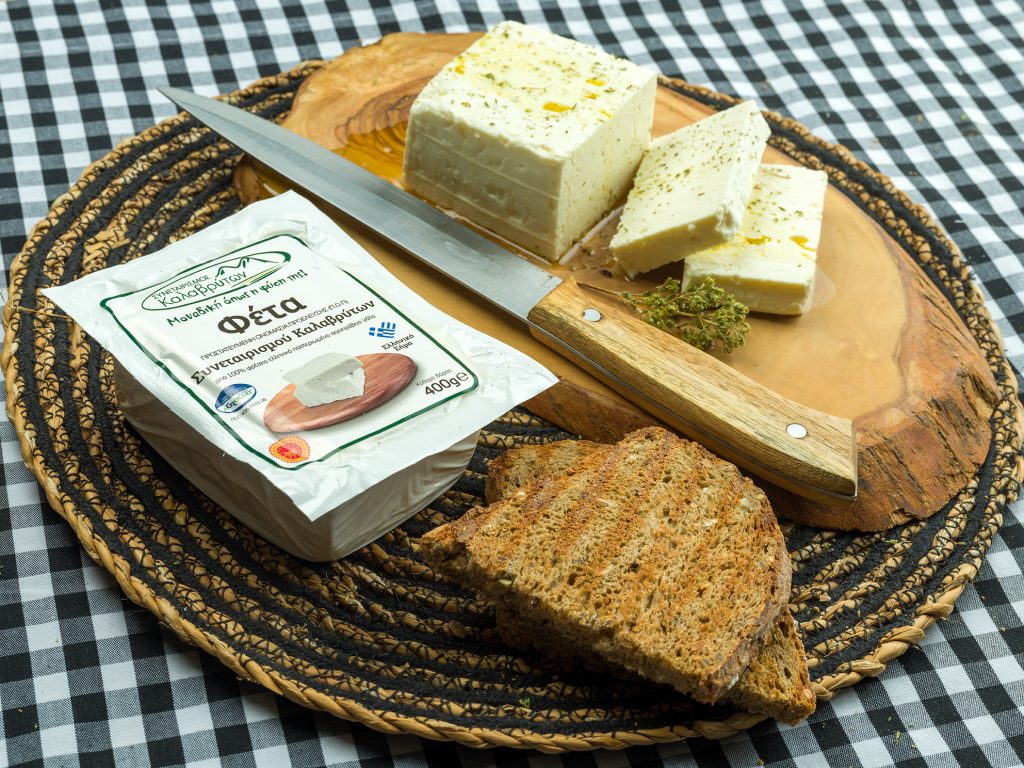 The traditional PDO Barrel Feta is the top product of the cooperative. It is available exclusively in the Greek market and is known for its unique taste and high quality. It is produced from pasteurized goat’s and sheep’s milk, which is collected exclusively from the wider area of Kalavrita. It then matures for 3 months and is kept in wooden barrels with brine. It has a rich, spicy and slightly salty taste, with a variety of aromas and is compact. 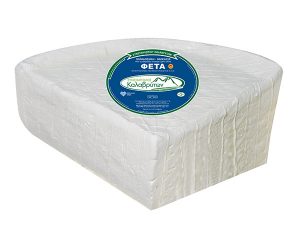 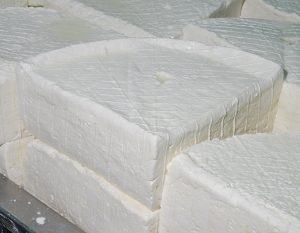 Cheese
Cheese
With the support